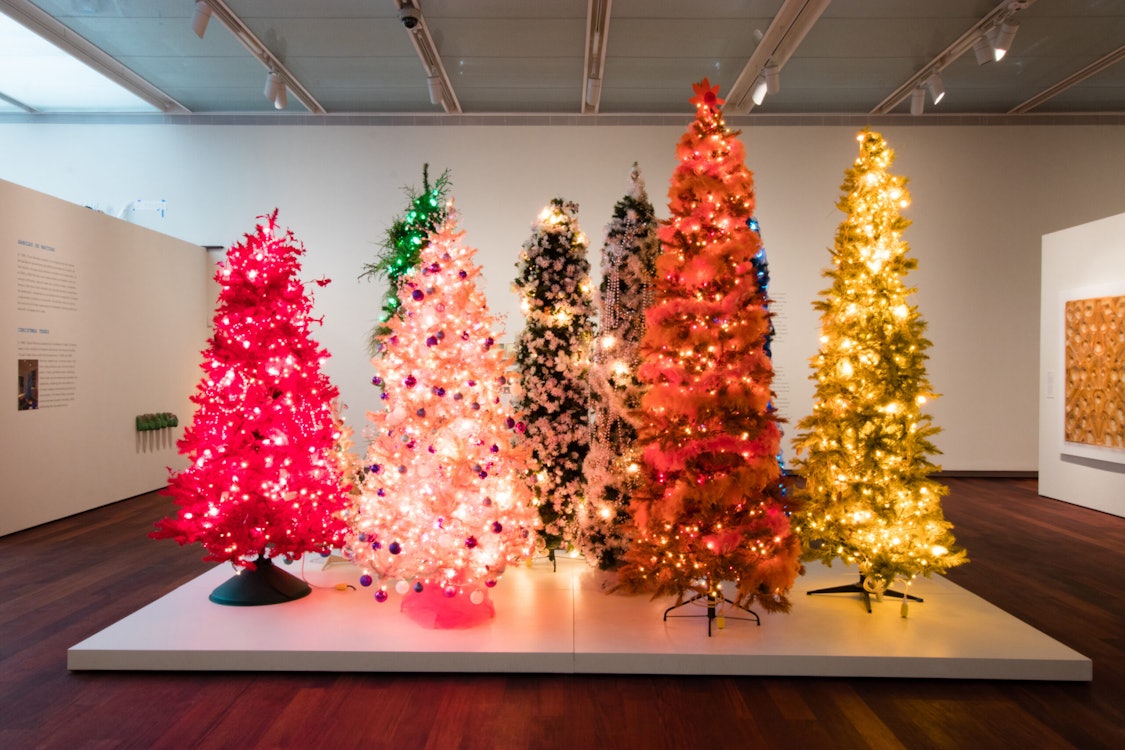 The Christmas Trees installed in Ruby City’s lobby are like no other holiday decorations. Crafted with holiday ornaments and everyday items like boas, beads and artificial flowers and plants, they are both delightful and confounding at the same time. Aren’t Christmas trees meant to have reindeer and Santas? These works, much like Ramirez’s entire body of work, invite the viewer to reexamine these symbols of the holiday from an entirely new perspective. In doing so, Ramirez’s Christmas Trees demonstrate how something that is decorative can be fine art and vice versa.

Historically, the divide between decoration and fine art has been vast with the latter considered more culturally (and financially) valuable. Ramirez, however, recognized that an object could continually shift between these two camps. Added to this was Ramirez’s concentrated interest in Conceptual Art, or the notion that an idea alone could be the work of art and have more importance than the execution or appearance. Undoubtedly, Ramirez’s trees reflect his personal delight with the holiday season. But, they also demonstrate how his informed, aesthetic choices related to form, color and theme resulted in wonderous sculptures crafted from easily found, simple baubles and accessories.

The Christmas Trees were commissioned by Linda Pace in 2005 shortly after she saw several others by Ramirez installed in the windows of Artpace. Her commission directive to the artist was short and to the point, to make them over the top, only stating: “More is More!” You can see that enthusiasm for excess at play in the trees which draw people closer with their vibrant lights and colors, encouraging everyone to recognize how seemingly mundane materials can be transformed, sparking joy and enthusiasm. 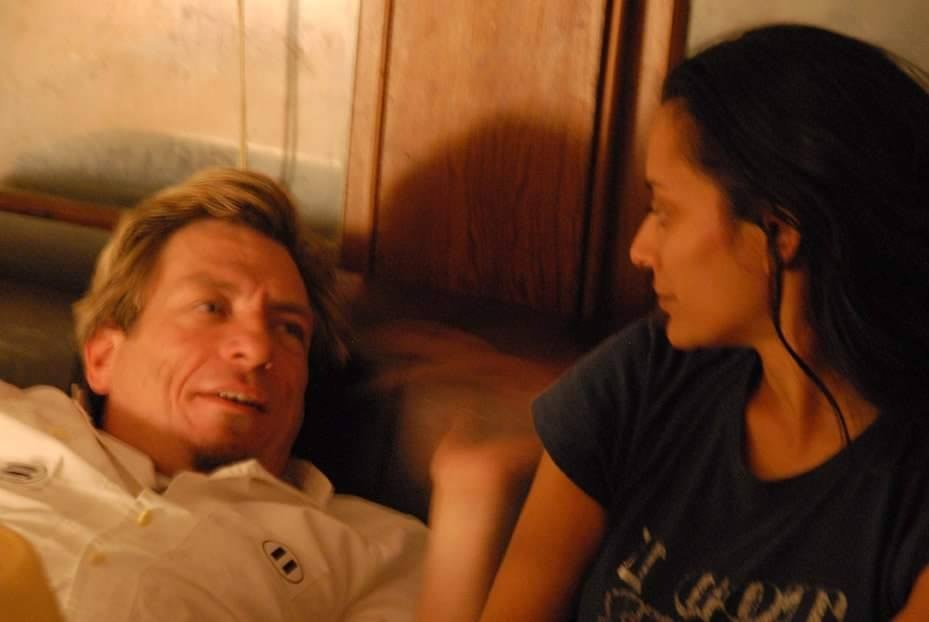 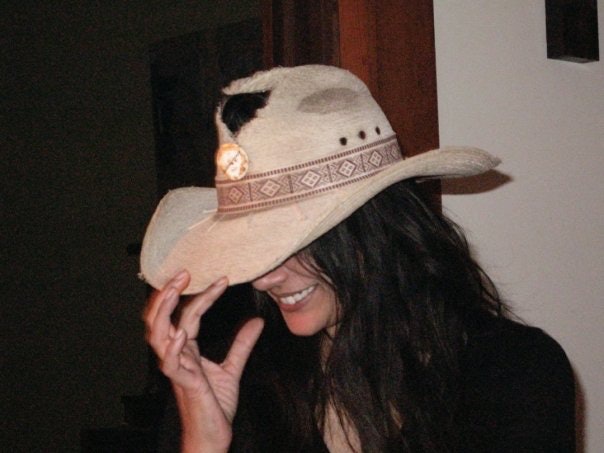