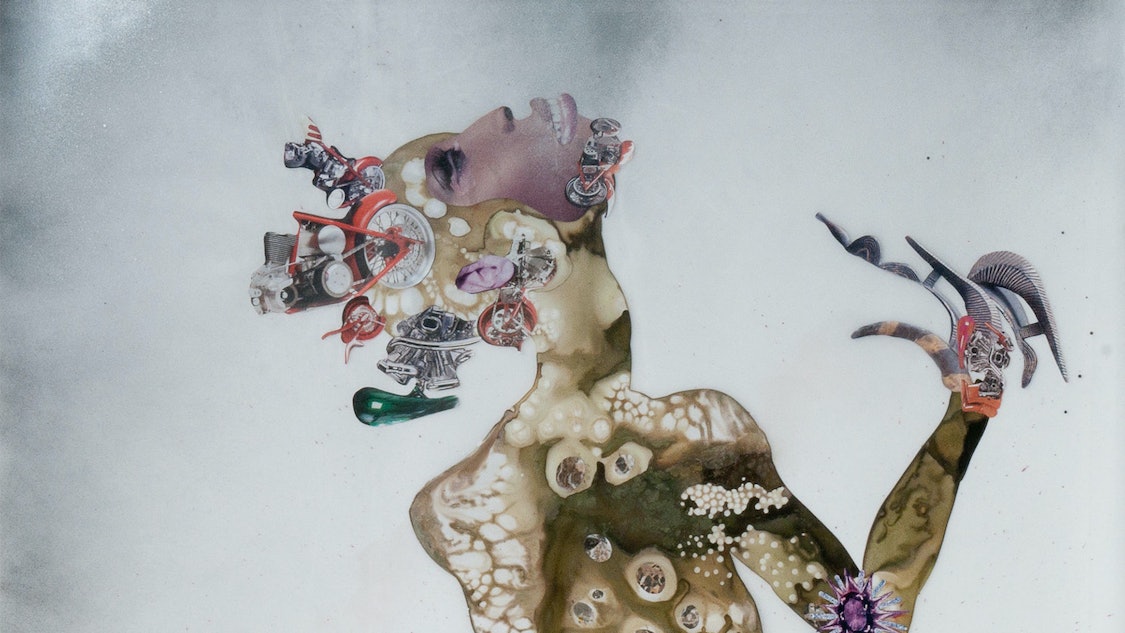 We spoke with Janet Flohr, co-founder of Hare & Hound Press, a collaborative, fine art printmaker that has helped artists realize their visions in various print media over the past 27 years. In 2015, Hare & Hound Press generously gifted the Linda Pace Foundation 180 editioned artworks. Included in the gift are editions by former Artpace resident artists who are also represented in the Linda Pace Foundation collection, such as Arturo Herrera, Teresita Fernández and Chuck Ramirez.

Read about Flohr’s selection, which was included in the Hare & Hound Press gift to the Linda Pace Foundation:

Pick a work you like in our collection.
Wangechi Mutu, Histology of Different Classes of Uterine Tumours, 2004.

How would you describe this work in 3 words?

Why does this work stand out to you?
The artist has transformed old illustrations from a medical journal with collaged elements from glossy magazines, and added tape, fur and glitter. The results are powerful portraits that draw one in while simultaneously repelling you at times. The tension among the portions of the medical illustrations peeking through and incorporated into the whole composition, the cutout limbs, including the noses, upside down eyes and luscious lips and the shiny glitter is irresistible. It’s evidence of an artist’s imagination gone wild.

What other artists does this piece remind you of? Why?