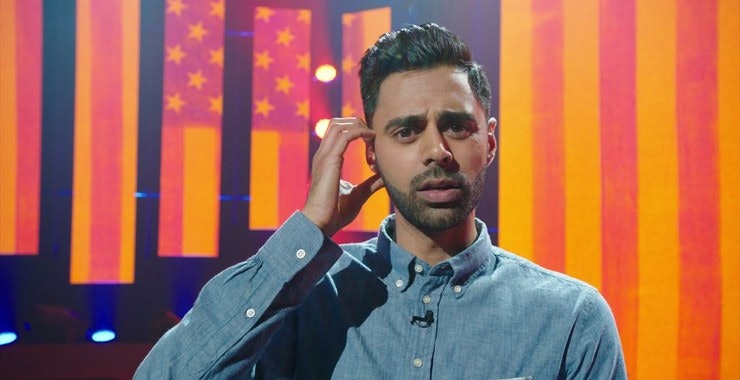 Need a comedic break? We do too. Boma Muaka, local comedian and one of our Visitor Services Associates, complied a comedy film list for adults featuring videos like Hasan Minhaj's Home Coming King (2017) plus many more. Muaka assures us that "regardless of who you are, where you are from or what your background is, I can guarantee you comedy is a forever fixture in your life. In these times of uncertainty and high tension I decided to compile a list of some of my favorite stand up comedy specials." He hopes that "these picks will leave you with a sense of inspiration, thoughtfulness, and most important a smile on your face."

Mulany’s tales of his upbringing, family life and personal woes of adult life intertwined with a bevy of pop culture references makes this a must see for even the most casual comedy fan.

The late great Richard Pryor is the epitome of a comedic God, in this feature it is easy to see how he inspired so many of today’s top stand up comedians. Although this film is 4 decades old the content still resonates perfectly with todays political and social climate.

Even back in the year 2000 Dave Chappelle was poised for greatness. His knack for combining over the top subject matter, outlandish stories and an unabashed take on social commentary will have you dying with laugher. As with Pryor this special still holds up in 2020.

To be honest, this special might as well be part standup part Ted Talk. The way Hasan presents his deep and personal story telling accompanied by a slideshow presentation makes this such a great treat.