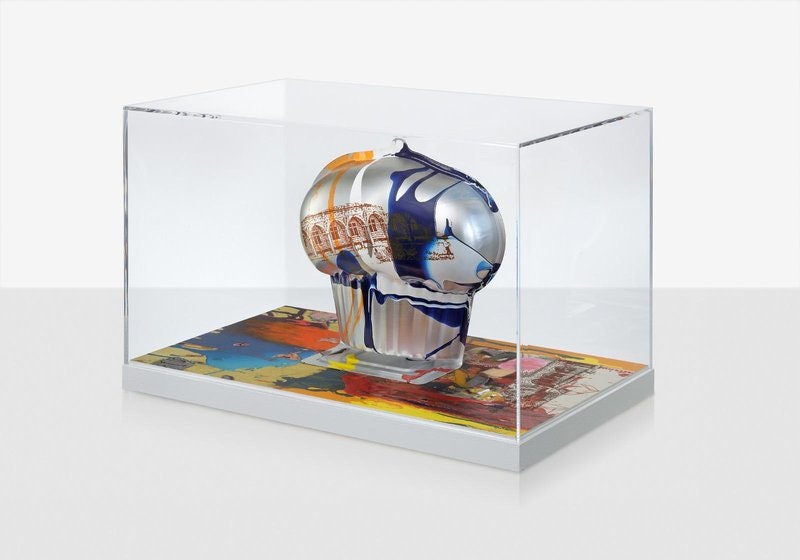 San Antonio, TX (June 16, 2021) –  Ruby City is pleased to announce thirteen donations of works of art by Arturo Herrera. Generously gifted by the artist, this impressive grouping represents the longstanding, multifaceted practice of Herrera and is the result of the enduring relationship between the artist and the Linda Pace Foundation. Many of these works will be featured in a solo exhibition of the artist’s work from the collection in Spring 2022 at Ruby City.

Working in collage, large-scale wall paintings and cut-felt sculptures, Herrera’s practice is defined by his unique, formal vocabulary that is derived from disecting and reconstructing images he sources from popular culture. His works are layered, hybrid images that combine pure abstraction with hints of recognizable source material such as the iconic outline of a Disney character’s limb. The works are distinct and allow for personal and innumerable interpretations, gesturing as they do to both the subliminal and the tangible. Herrera states, “I believe the tension within constructed images reflects an essential tension inherent in life, where reconciling the familiar and the unknown is a continual, though generally unconscious, process.”

The most recently completed work gifted by Herrera is Bang, 2015, which explores the intersection of sculpture and printmaking and is yet another example of Herrera’s masterful use of materials. Although Bang is an editioned work, each is unique as Herrera employed hand painting and incorporated innovative, non-replicable printing techniques. The other gifted works include lithographs, etchings and cyanotypes and date from the past twenty years demonstrating the artist’s ongoing interest in exploring printmaking. Select works from this gift are listed below.

These donations along with several others both Linda Pace and the Foundation acquired constitute a total of 23 works by Herrera in the Collection, making his representation therein among the most extensive. It is not surprising Herrera has such a significant presence in the Collection considering the longstanding friendship the artist had with Pace. They came to know each other during Herrera’s ArtPace residency in 2000. Pace continued to follow Herrera’s career after his residency and to collect his work. The artist’s donation to the Linda Pace Foundation permanent collection not only honors Pace’s support of his work during her life, but also her legacy as a philanthropist to the arts. We are deeply honored to have this work part of the collection.