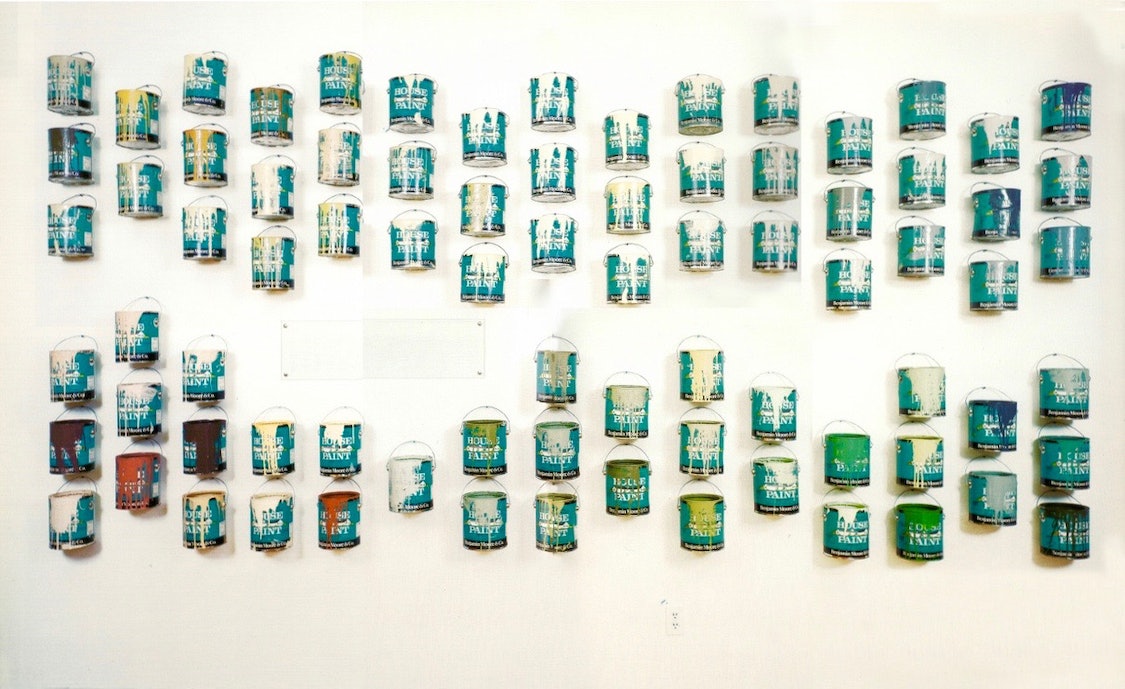 Consisting of over 80 empty paint cans as well as a glass plaque listing the names of the individual colors, High Gloss, 1991 directly taps into present-day questions about representation. Indeed, this work reveals the predominant Anglo-European conception of American history and how that partial and biased conception can be found all around us, even in the branding and advertising used to sell paint. For this work artist duo, Kate Ericson and Mel Ziegler chose paints from Benjamin Moore’s historic series. All colors are based on noteworthy ones from the 18th and 19th centuries and feature names derived from people and places significant to a specifically defined US history that privileged a white, heroic narrative.

High Gloss is an excellent example of Ericson and Ziegler’s collaborative art making practice. The artist duo worked together between 1978 until 1995, the year Ericson died of brain cancer. Their practice as a whole is considered before its time as a consequence of the issues they explored and the methodology they employed. Many of their works exposed underlying biases and power dynamics that negatively affect specific groups and society as a whole. Their approach which often relied upon, or directly engaged the public and designated communities foreshadowed now commonplace art methods known today in the visual arts as social practice.

This work is terrific that complements many of the politically-engaged works part of the Ruby City collection who like Ericson and Ziegler, believed in exposing the prevailing discriminatory conceptions of history, society and race.