Throughout his long and productive career, Alejandro Diaz has seamlessly interwoven the professional and aesthetic elements of artistry and curation. Originally from San Antonio, Alejandro has been based in New York since the late 1990s, yet he has remained connected to his hometown through his work with Sala Diaz, San Antonio’s premier artist-directed exhibition space for contemporary art, which he founded in 1995. 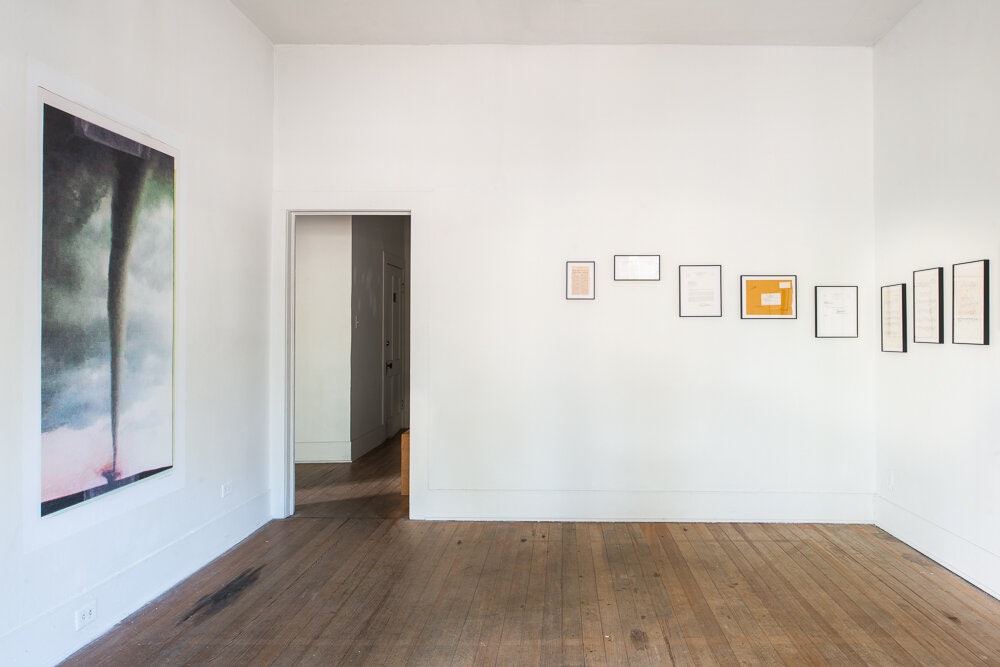 Through his commitment to experimentation and risk-taking in his art practice, he continually explores a vast array of artistic styles, genres, and methods of production and display. In his curatorial practice, Alejandro works collaboratively with a diverse group of creative individuals who appreciate his multi-faceted approach to curation as a critical thinker, artistic provocateur, social commentator, and caretaker of culture.

In both his artistic and curatorial practice Alejandro has prioritized the inclusion and representation of lesser-known or rarely validated cultural expressions, while aspiring to present such work in the appropriate context, scale, and tenor with which to best explore the human condition with all its flaws and complexity. His artwork is often tinged with humor, sometimes making self-deprecating jokes about the “seriousness” of artmaking, other times delivering biting socio-political commentary under the guise of light-hearted wit. 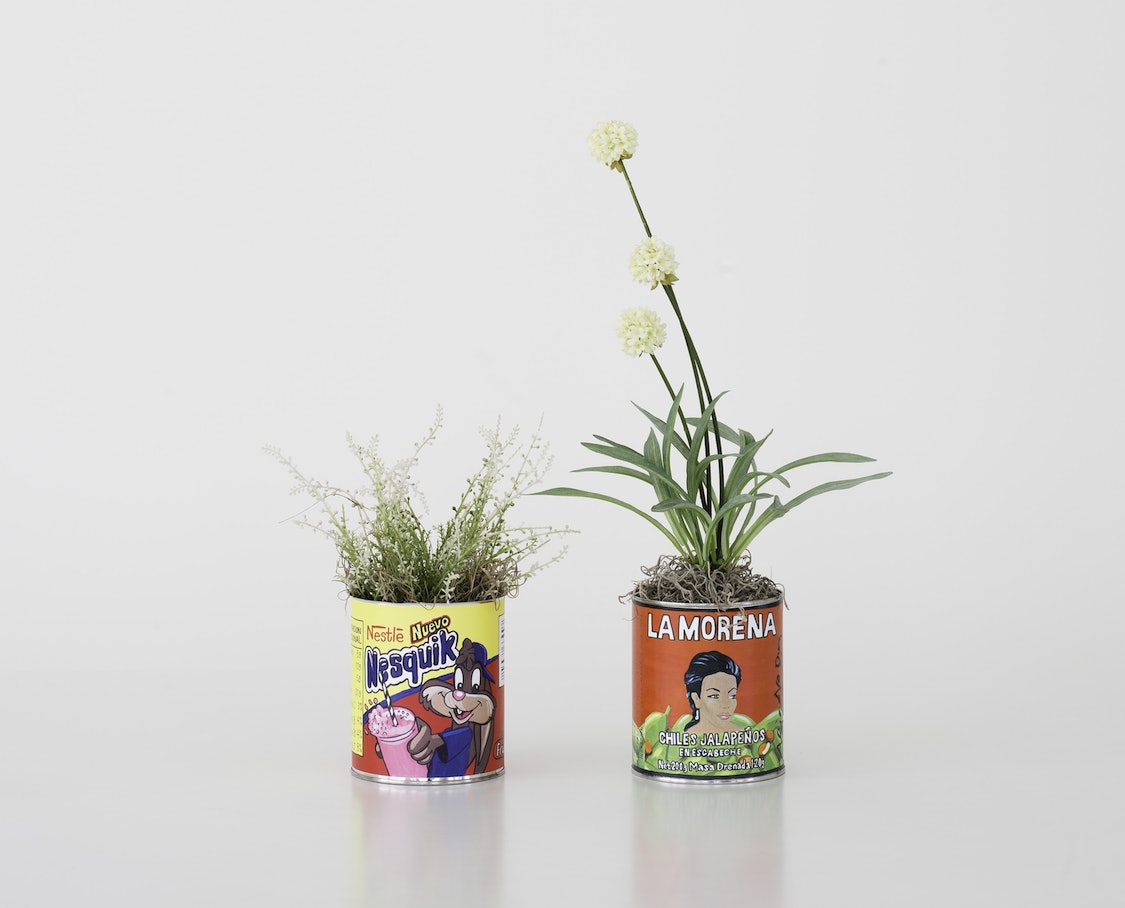 Mexi-cans, 2005, in the permanent collection of the Linda Pace Foundation, is a great example of how Alejandro blends artistry and curation. The work pays homage to a Mexican-American folk tradition of using art to both decorate and reclaim public space while also referencing (and repurposing) Pop Art’s commentary on mass consumerism and popular culture. This series of Warholesque sculptures are hand-painted reproductions of Mexican brand-name canned goods, each filled with artificial plants. These smaller works are studies for a suite of four larger “planters” that were originally commissioned by the Public Art Fund and exhibited along the Grand Concourse in the Bronx, New York in 2005. After a subsequent exhibition at Artpace Window Works, the suite of four sculptures were then acquired by the Public Art Division of the City of San Antonio and permanently installed at the San Antonio International Airport. 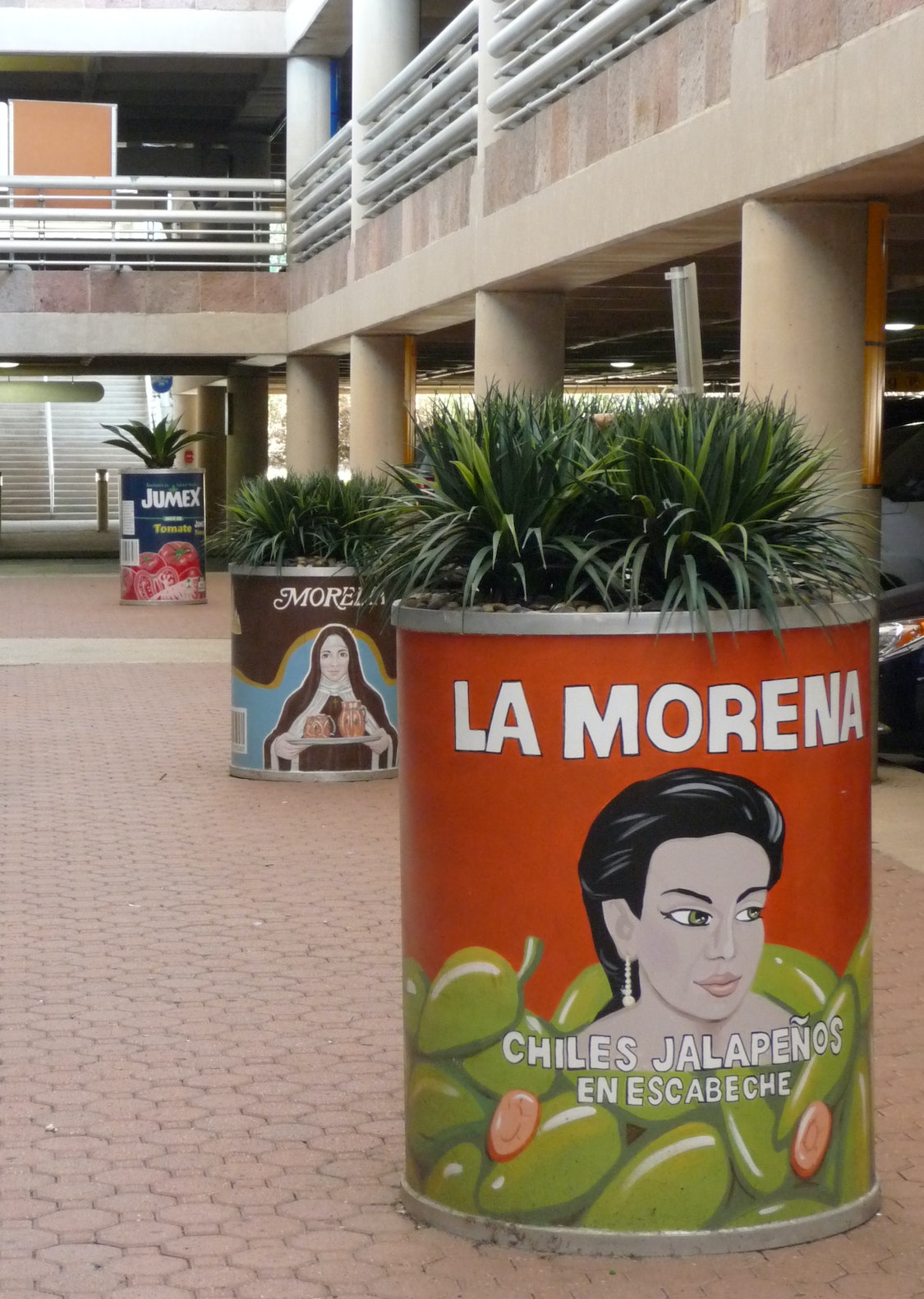 One of the best know folk art traditions in San Antonio’s Mexican-American community is “yard art,” which is a very personal and loving act of home beautification, as well a public display and affirmation of culture and creativity. Some examples of yard art found in San Antonio’s Westside neighborhood—where Alejandro was raised—include milk jugs and glass jars filled with colored water that line walkways, whimsical sculptures made from found objects or discarded materials, and makeshift shrines to the Virgen de Guadalupe ensconced in old, half-buried bathtubs. These yards also host planters made from old food tins. Both beautiful and economical, these repurposed objects make the act of sharing plant cuttings with neighbors an easy way to mass produce and circulate herbs and plants throughout the neighborhood.

It is fitting that Alejandro chose to reproduce the can labels of popular Mexican food products as a reference to the iconic Pop Art images, like Andy Warhol’s Campbell’s Soup Cans, 1962, which transformed the ordinary images of advertising into high art and critiqued the phenomenon of mindless mass consumerism. Mexican culture in the US is widely known and appreciated by Americans through the commodification of its food and food products. Americans love Mexican food but remain deeply divided on issues of immigration, a hypocritical attitude not lost on Alejandro, as he not only references Mexican food in his artwork, but also the working-class Mexicans who labor in the agriculture and food industries, harvesting, cooking, and serving the very food Americans love so much.

Henry Estrada has worked as an arts administrator, curator, and gallerist. He currently lives and works in the historic Avenida Guadalupe neighborhood of San Antonio.