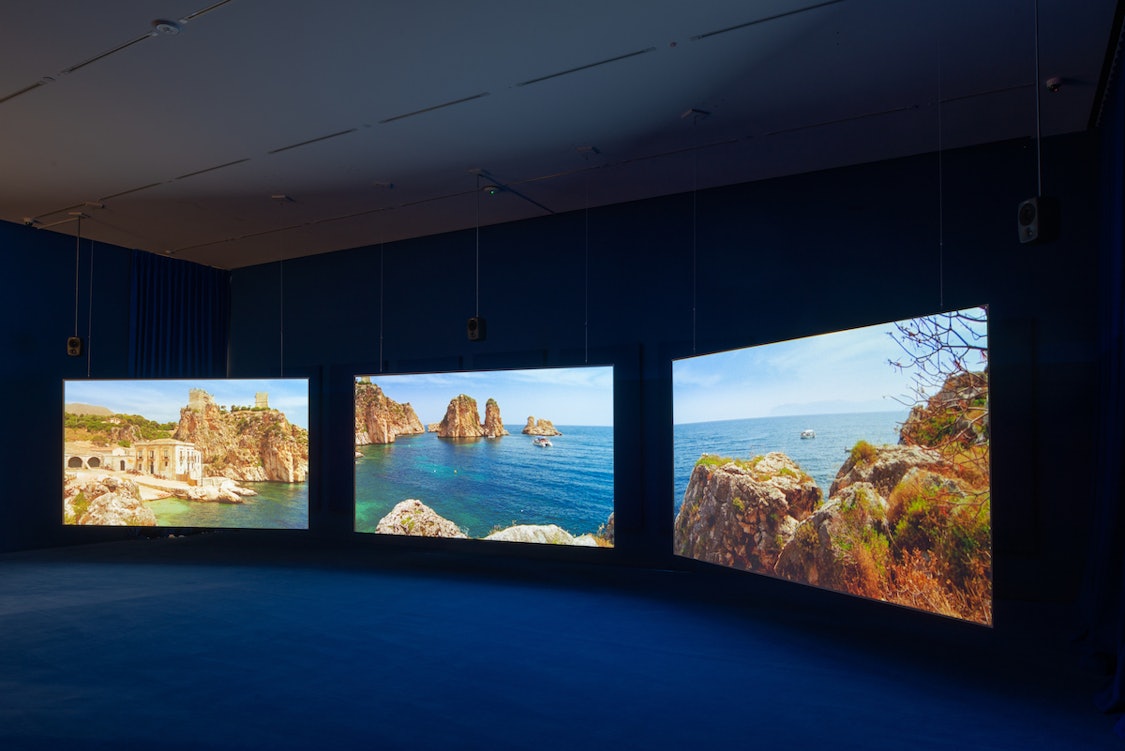 Isaac Julien CBE is a British filmmaker and installation artist. His work is known for its non-narrative style that examines with insightful nuance black and queer identities, diaspora, migration and underlying effects of capitalist economic systems.

His current work at Ruby City, Western Union: Small Boats (2007) is a three-screen film installation that poetically explores the often-deadly trip that thousands of African migrants take across the Middle White Sea to Italy. These economic migrants make the journey in the hopes of finding safety and achieving financial security. To make the illicit 90-mile journey to the pristine beaches of Lampedusa, a small island off the coast of Italy, migrants pack into small vessels arranged by smugglers. Working with dancers and a choreographer, Julien’s film seeks to humanize and make relatable this geopolitical and humanitarian crisis which has been a grave concern since the film was made. Julien’s title references the international money transfer company, Western Union, that many of these migrants use to send money home to family members, as well as the means by which they journey to Europe.

Western Union: Small Boats, is one of three films in Julien’s Expeditions series exploring globalization and the resultant circulation of people.

Woven throughout the film are references to The Leopard a celebrated novel and film, both set in the same region, about the downfall of the Italian aristocracy in the midst of Italian unification. In so doing, Julien draws a parallel between present-day anti-immigration policies and the past when seeming intruders, or the peasant class, sought access to economic stability and once restricted spaces, like the sumptuous palace pictured in the film, previously only enjoyed by the aristocracy.