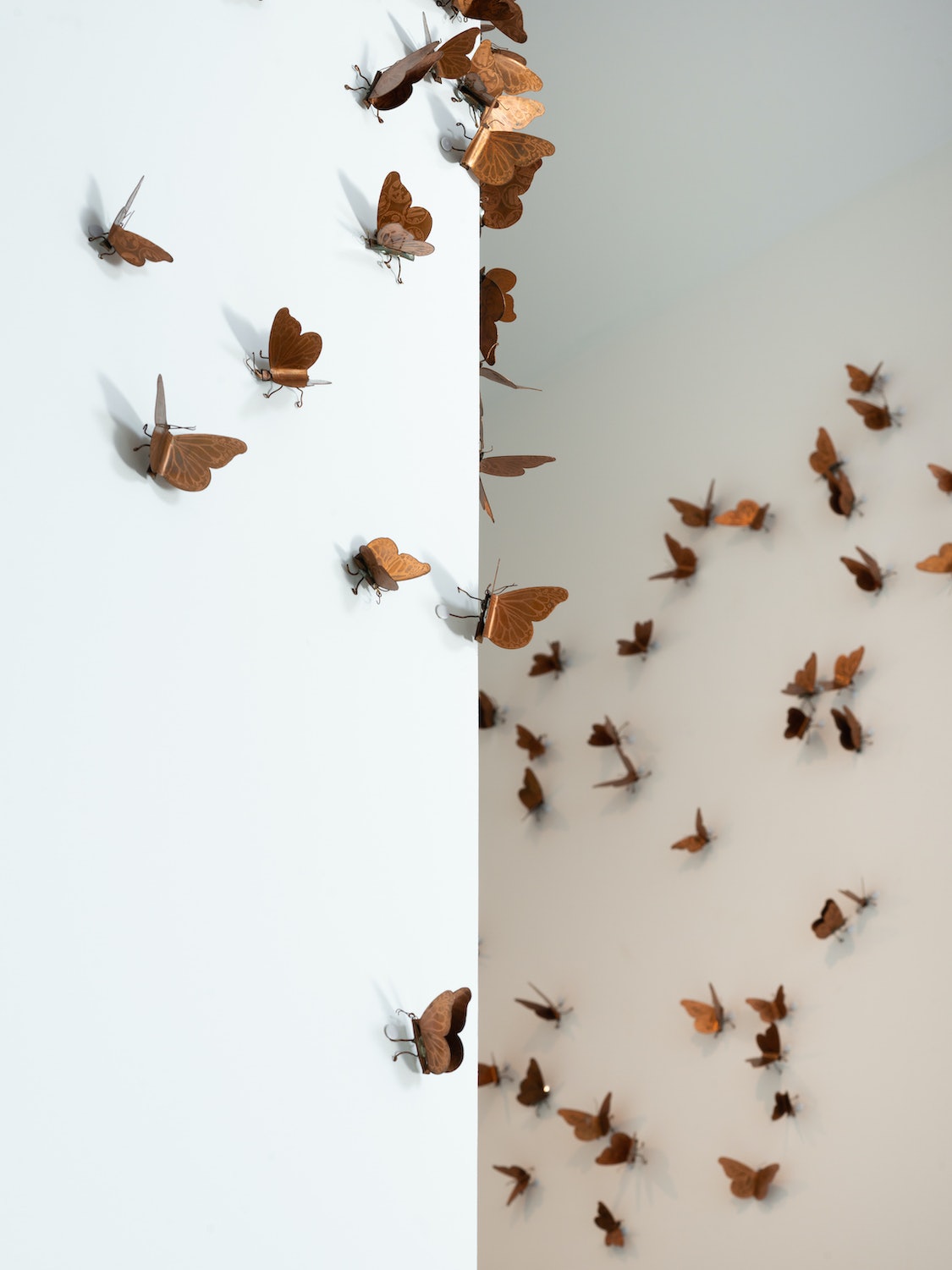 Margarita Cabrera’s work highlights the often unseen or unknown political and cultural interplay between the United States and Mexico. Although she has made sculptures, prints and watercolors, for over ten years her work has incorporated a community-based approach. These long-term projects often involve the artist teaching many participants a traditional Mexican craft which they then use to make singular, personally derived objects. Once complete, the artist incorporates them or elements of their design into public displays she creates.

One of the first community-based projects she executed was The Craft of Resistance which consists of over 1500 copper monarch butterflies dispersed throughout the stairwell and galleries of Ruby City. The artist uses the monarch butterfly, whose cyclical migratory pathway traverses Central Texas and ends in Michoacán, Mexico, as a symbol of immigration. Like the butterfly who perseveres, even in the midst of inhospitable climate change, immigrants continue to make the long journey. Unlike the butterflies which freely cross the border, Cabrera’s work also underscores the highly restrictive and contentious nature of our present-day border policies and the rhetoric surrounding it.

For this project, created during the artist’s 2008 Artpace residency, Cabrera turned her studio into a makeshift, assembly-line workshop. Dozens of visitors who came through Artpace assembled the entire flock of butterflies. The artist’s faux-factory production method referenced the maquiladoras, or factories established by United States companies on the Mexican border. These factories frequently employ women for arduous work and low wages, inexpensively fabricating goods that are then shipped to North America for sale. Cabrera’s work reveals the painful irony of the situation, while the goods these individuals make easily cross the border, they may not. Impressions of pennies, found on the underside of each butterfly wing, symbolize the deep connections between the two countries and the significant influence United States’ policies have over the economy and culture of Mexico.