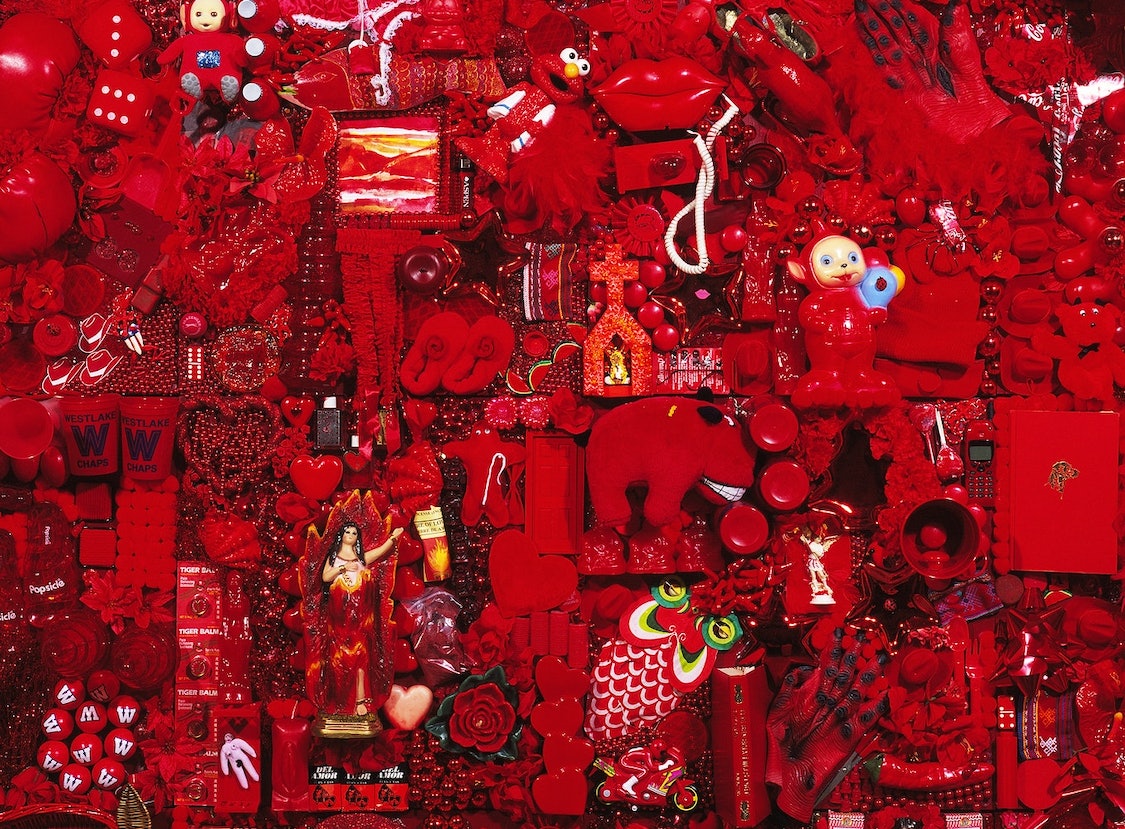 “I had a hunger for contemporary art: for creating it, buying it, making it and, most of all, sharing it with others.”

Linda Pace was driven by the belief that art is a vital, social force. As an artist, she revealed the symbolic potency of everyday images and objects in her drawings and assemblages. As a collector, she gathered hundreds of contemporary artworks into a personal, expressive collection which is now managed by the Linda Pace Foundation, founded in 2003. The Foundation continues to acquire work that reflects Linda’s sensibility of a feminist perspective, engages social issues and considers aspects of spirituality and beauty.

Pace was born April 17, 1945 to David Earl Pace and Margaret Bosshardt Pace. Her mother, who majored in art at Sophie Newcomb in New Orleans, was descended from a German-Swiss family that at one time owned the Pearl Brewery in San Antonio. Her father, who graduated from Tulane University in New Orleans with a degree in chemistry and history, was the son of a syrup manufacturer in Monroe, Louisiana.

In 1948, Pace’s parents started Pace Foods, a small pickle, jelly and picante sauce business. Her father called the picante sauce “the maple syrup of San Antonio.” Her mother had a painting studio at her home and taught art both at the San Antonio Art Institute and at San Antonio College. When Pace was a child, her mother taught art lessons in the family garage to Pace and her friends. In 1962, Pace graduated from St. Mary’s Hall High School in San Antonio and enrolled at Southern Methodist University as an art major. In her junior year, she transferred to the University of Texas at Austin and continued her studies in art. 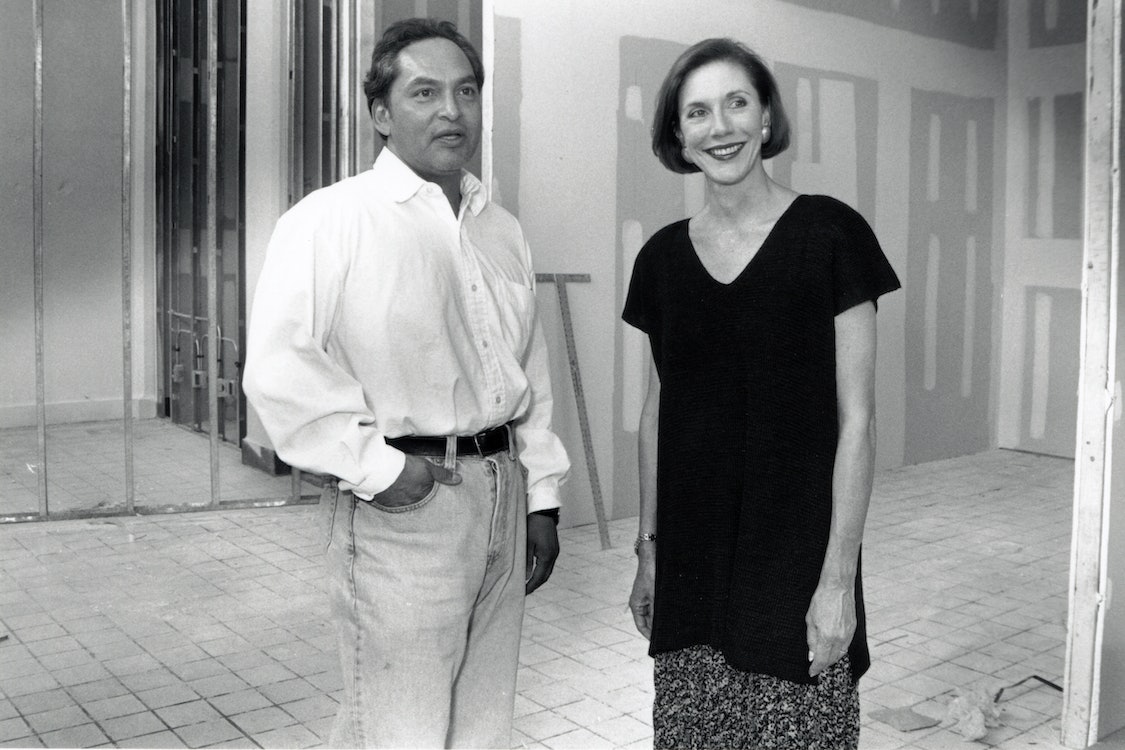 On June 16, 1967, Pace married Christopher “Kit” Goldsbury, whom she’d known since the eighth grade, in San Antonio. A daughter, Mardie, was born in 1968 and a son, Christopher, was born in 1972. In 1969, Goldsbury began working at Pace Foods. He started on the production line, making the picante sauce from scratch. Meanwhile, Pace reared her children and took art classes at Trinity University. In 1980, she graduated from Trinity University with a bachelor’s degree in art. Two years later, she and Goldsbury purchased the family company and successfully expanded it to national and international markets. In 1987, Pace and Goldsbury divorced and Pace focused her attention to her own work as an artist and her commitment to supporting contemporary art.

In 1993, she founded Artpace San Antonio, a nonprofit residency program which supports regional, national and international artists in the creation of new art. After a quarter century, Artpace has awarded residencies to more than 240 artists and nurtured the careers of eight MacArthur Fellows, seven Turner Prize nominees, and 46 Whitney Biennial artists. Located in a former auto dealership in downtown San Antonio, Artpace serves as a catalyst for artistic expression for local and global art communities. Pace once described Artpace as a “laboratory of dreams – my own as well as the artists.”

Linda found her voice as an artist in the mid 1990s.. She frequently captured ideas from her dreams in color-pencil sketches, and diligently gathered, catalogued and worked familiar objects into large assemblages. In an artist statement written in 2005, Pace described her work as follows: “I have always been interested in how the ordinary can become extraordinary. Removed from the familiarity and clutter of everyday life, utilitarian objects can convey an aesthetic power not otherwise imagined, especially when expressed through the transformative process of being rendered into works of art. The poetics of the everyday have been inspired by the realm of dreams and my work to mine the subconscious, where events or memories may acquire a transcendent quality. The drawings are a way to magnify the images that stand out to me in my dreams. As a group, they can be read as a sort of glossary of one person’s dream life. Drawing is a medium I have gravitated towards for its immediacy and spontaneity. It allows me to create imagery that seems to be meaningful. While not imagined as studies for three-dimensional objects, these drawings have occasionally become the basis for sculpture, when the images suggest a need for further exploration beyond the intimate space of drawing.” Her work has been included in exhibitions in the San Antonio Museum of Art, the Blue Star Contemporary Art Center in San Antonio, as well as numerous commercial galleries and private collections.

“…Pace will be remembered as ‘the artist’s collector.’ By that I mean because not only was Linda a patron of the arts and of individual artists, she herself was an artist.”

London-based contemporary filmmaker Isaac Julien, who got to know Pace during his Artpace residency in 1999, said that Pace will be remembered as “the artist’s collector.” “By that I mean because not only was Linda a patron of the arts and of individual artists, she was herself an artist,” said Julien. “She understood our plight and what we need to make art.”

In 2005 Pace built Chris Park, a one-acre public green space in San Antonio, in honor of her son, who died in 1997. The park features a rhythmic layout of lush foliage, inviting walkways, areas of repose, sites of play, and most significantly, encounters with art. Respected contemporary artist, Teresita Fernández, conceived visual experiences in the park which commemorates the potential of everyday occurrences. Privately maintained by the Linda Pace Foundation and freely open to the public, Chris Park reiterates Pace’s visionary commitment to building community through gifts advancing art and promoting education.

Linda Pace died on July 2, 2007 at her home in San Antonio following a vigorous battle with breast cancer. Today, Linda’s generous legacy continues through the efforts of the Linda Pace Foundation, which preserves, grows and exhibits her contemporary art collection at Ruby City and beyond.