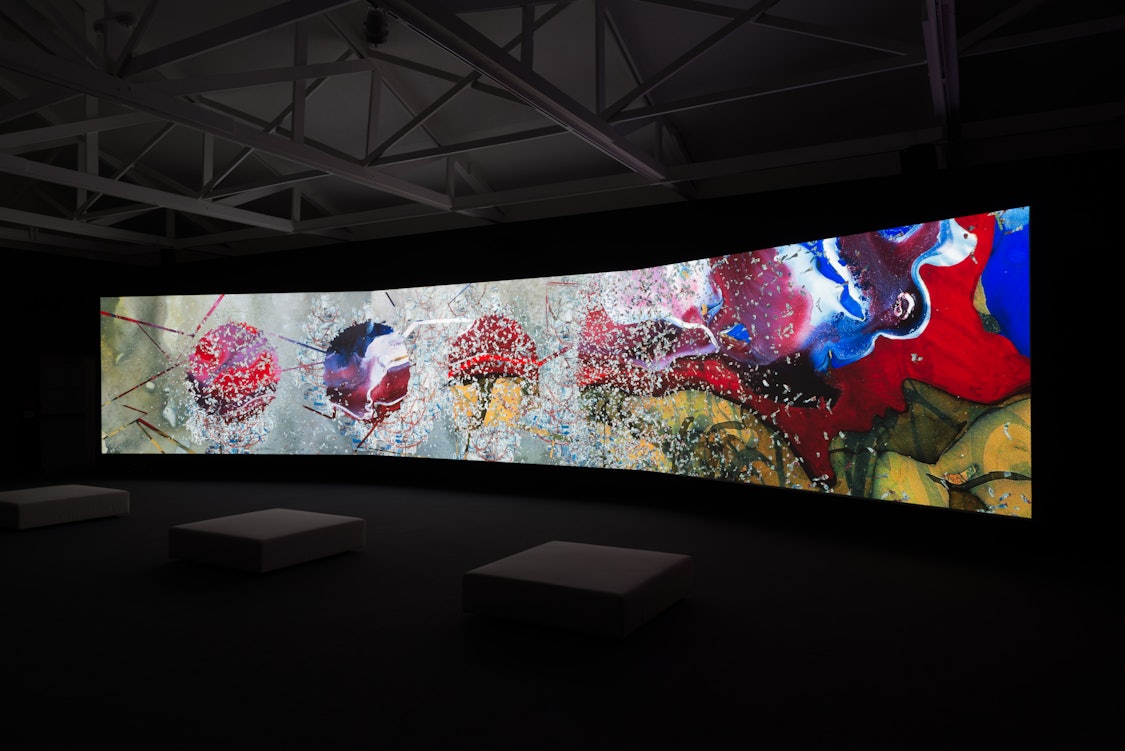 Ruby City announced a new acquisition and the United States premiere of Parallax, a three-channel HD animation by international artist Shahzia Sikander. Sikander‘s first foray into animation occurred during her time as the 2001 Artpace International Artist in Residence. Drawing is at the heart of her practice, and her work in new media explores the implications of engaging drawing with technology.

Comprised of hundreds of tiny drawings that have been digitally animated, Parallax deals with the history of maritime trade and colonial occupation in the Strait of Hormuz. The music score of Parallax is composed by Du Yun and includes poetry commissioned specifically for the score in collaboration with the Sharjah Art Foundation.

Parallax has been exhibited at the Sharjah Biennial 2013; Auckland Triennial, 2013; Dhaka Art Summit, 2014; Bildmuseet, Umea, 2014; Nikolaj Kunsthal, Copenhagen, 2014; and the National Museum of Modern and Contemporary Art, Seoul, Korea, 2014. It will be on view at the Guggenheim, Bilbao in 2015. Parallax marks the second public exhibition at Studio.